Post Op Lymphatic Massage:
How to Verify Your Therapist Is Licensed –
And What To Do If They Aren’t 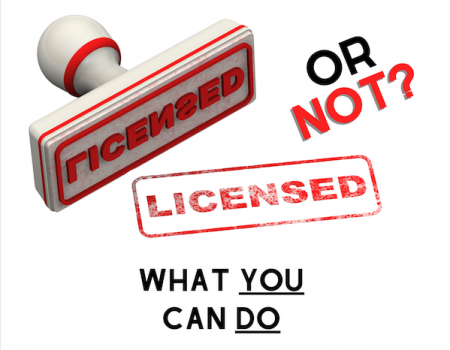 The prevalence of unlicensed people in the post op recovery industry is rampant – and it is a HUGE RISK to public health.

Massage boards around the country – especially in Florida – are aware of the problem, and for the most part they are doing NOTHING to protect the public.

Why is nothing being done?

The reason nothing is being done about people operating post op massage businesses illegally is that in order for a massage board or department of health or medical board to act, a formal, signed complaint must be filed.  Simply reporting the activities to these boards via email with links to images on Instagram, Facebook,  or YouTube does not give them what they need to *act*.

Massage therapists who are legitimately licensed dare not file complaints about people who are acting illegally because with social media and google reviews it is almost guaranteed that there will be retaliation against the business of the therapist who complains.

This is why it is imperative that people who have been clients of these illegal operations make the complaints.

While it is too late to undo the harm that was done to you, it can help the people who come after you.

While you might not really be concerned at first glance about what happens to others, think about how grateful you would have been if someone had stopped that person before they did it to you.

I Want to Report Someone, But I Don’t Know How

Good News!  The links are below!  Read this first for guidance.

There are several places where you can report people, and it depends on the state’s individual laws as to what is the best option.  It may be best to report to all of these agencies regardless to make sure that regulatory agencies understand the widespread nature of the problem.

Take a few minutes to type up your complaint in a Word document.  Once that is done you can simply copy and paste to all of the agencies.  It only takes a few more minutes.

Expect for many agencies to blow you off.  We are dealing with bureaucracy, after all.  Be resolute.  Make arguments to them like, “What if this was your mother/daughter/sister who was treated this way?  What would YOU do?  Where would YOU report it?”

For Licensed Massage Therapists Who Perform Illegal Acts Like Incisional Drainage: Report to the Massage Board for sure.  This may be enough, but you might consider for good measure following the additional suggestions for unlicensed people below.

Many medical boards and health departments may not have a form for this or say that they don’t have jurisdiction over certain people who aren’t medically licensed, but report it anyway.  When enough complaints come in, they will start to take note.

When reporting to an agency that says they have no jurisdiction over a person who, for example doesn’t hold a license, you need to be explicit in telling them that these people are ‘practicing medicine without a license’ (be sure to use that phrase exactly in your complaint) and that they are a ‘threat to public health.’

What You NEED to Know about Plastic Surgery in Miami